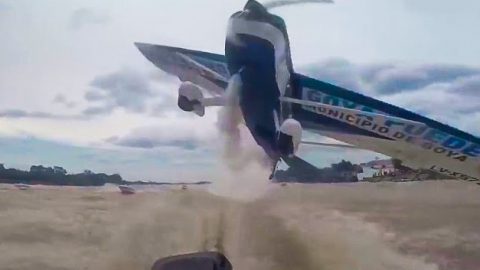 Some pretty sketchy footage emerges in this clip as we see a plane narrowly miss some boaters. However, after watching it a few times, it seems that perhaps the pilot was trying to buzz the boat, but got a little too close.

According to an article in Flying Magazine, this event happened in Argentina. Some other things to note, is that the cameraman seemed to be prepared as to what was coming. Regardless, it’s still a pretty exciting video.

Still pretty risky to pull off a stunt like this! There are many things that could go wrong. But hey, it makes for a great Youtube video.