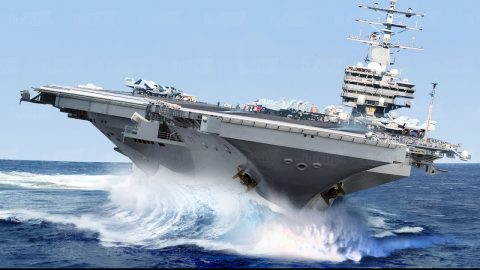 Each year, the US Navy spends around $60 billion to operate and support the 400+ ships on its roster.

The US Navy has nuclear-powered aircraft carriers that employ more than 6,000 people. On average, a carrier would cost around $1 billion to operate annually – and that’s just the carrier.

The carrier air wing, which employs thousands of personnel, costs $900 million every year; combine the two together, and the cost gets up to almost $2 billion.

A Price To Pay For Superiority

No doubt, if the Navy wants to continue its dominance in naval warfare, then it should be prepared to pay the hefty price that comes with it.