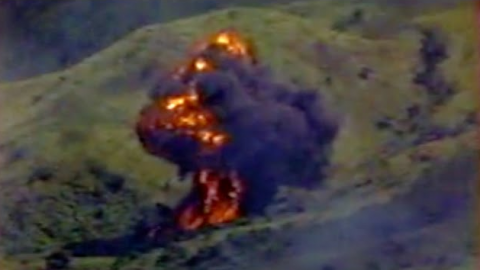 It’s Quite An Explosion

On October 27, 1987, a McDonnell Douglas RF-4B Phantom II with Bureau Number 153109 was damaged beyond repair during a Cope Thunder exercise. It began with a photo-flare cartridge that failed to eject and exploded in the aircraft. The aircraft caught fire and became uncontrollable, leaving Captain Huey Moser and First Lieutenant Andrew Auer no choice but to eject over the Crow Valley Gunnery Range in Zambales, Philippines. Both ejected safely and successfully.

The explosion was such that the Phantom’s tail was severed and plummeted to the ground. It was written off but good thing that both crews survived.