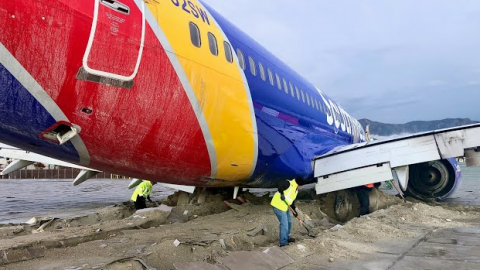 No One Was Hurt

On December 6, 2018, a Southwest Airlines Boeing 737 made headlines after it skidded off the runway during heavy rain at Burbank Airport near Los Angeles. Flight 278 originated in Oakland, California and landed at 9:05 AM. It had 117 people aboard – 112 passengers and 5 crew members. The plane came to a stop in the Engineered Material Arresting System or EMAS. It’s a safety system designed to prevent aircraft from sliding farther.

There were no injuries reported and they all evacuated the plane via airstairs. There was minor damage to the Boeing 737, however. After the said incident, the Burbank Airport remained open and in operation.