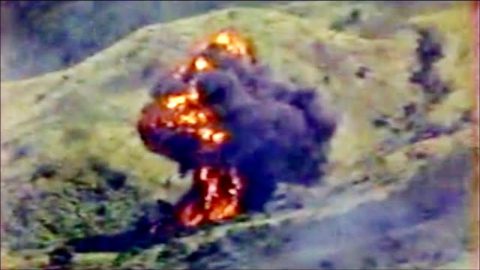 An RF-4B Phantom II exploded midair on October 29, 1987 in the Philippines.

The incident happened over Crow Valley, 70 miles north of Subic Bay during a reconnaissance mission. According to reports, the photo-flare cartridge failed to eject and exploded in the rear-fuselage flare dispenser. The force of two hand grenades severed the plane’s tail and sent it plummeting down.

Thankfully, both crewmen ejected right on time. However, one crew member definitely got the short end of the stick. He was close to the aircraft as it came crashing down so he got a face-full of smoke as he descended. Pilot Captain H. Moser and navigator 1st Lieutenant A.C. Aver only sustained minor injuries.