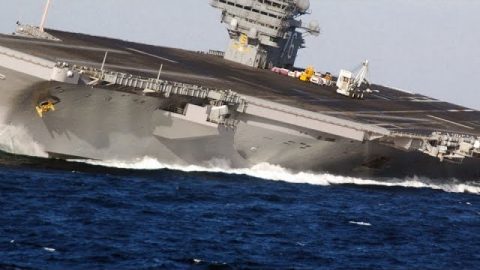 US Navy’s Nimitz-class USS Abraham Lincoln performed a series of maneuvers to test its rudders.

The ship was commissioned in 1989 and has since took part in numerous conflicts around the world. It served during Operation Desert Storm, Operation Vigilant Sentinel, and both Iraqi and Enduring Freedom operations.