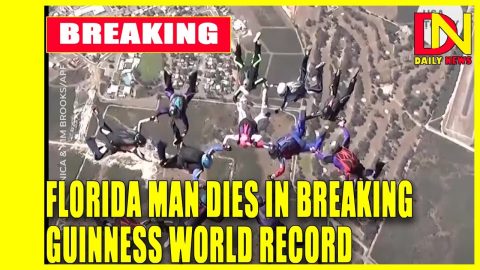 They Knew It Was Going To Be A Dangerous Jump

Jim Wigginton and Thomas Noonan III attempted to break the Guinness world record for highest tandem skydive. They were preparing to do tandem jump from 41,000 feet over Memphis, Tennessee on October 16.

Noonan was already struggling as they headed to the door. Before they jumped, their oxygen system malfunctioned. Everyone, including the crew members, experienced hypoxia. They lost consciousness, but while the others recovered from hypoxia, Noonan didn’t regain consciousness.

CPR was performed on him until landing. 47-year-old Noonan was then immediately rushed towards the nearest hospital and pronounced dead.