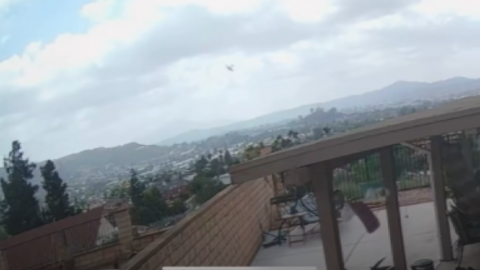 Back in October 11, Dr. Sugata Das was piloting a twin-engine Cessna C340 that crashed in Santee in east San Diego County. The crash destroyed two homes and a UPS truck and caused the deaths of at least two people including Dr. Das – a cardiologist who worked at the Yuma Regional Medical Center in Yuma, Arizona. The aircraft clipped the truck and killed the UPS driver.

The plane was headed to San Diego and according to the flight plan, it was supposed to land at Montgomery-Gibbs Executive Airport in Kearny Mesa.

A home security camera recorded the Cessna as it plunged from the sky.