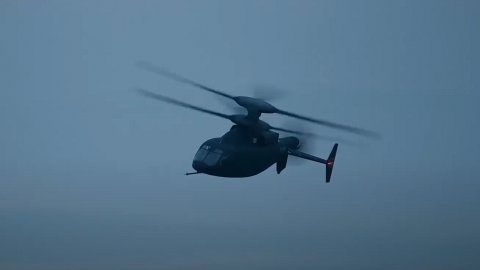 Made by Sikorsky and Boeing

Finally, a long-range assault aircraft with stealth capabilities will soon enter the US service. Sikorsky Aircraft and Boeing collaborated to bring the Defiant X to life. Its design is loosely based on the Sikorsky X-2 but with better technological modifications.

Compared to the Blackhawk

It can fly twice as far as a Blackhawk without needing to refuel and reach speeds of up to (potentially) 230 knots.

Unlike the famous Blackhawk, the Defiant X has superior stealth capabilities thanks to its design. The Defiant X has fewer protruding external structures to further decrease its radar signature.

Not Your Average Helicopter

The Defiant X has a stabilizing dual rotor configuration that allows it to fly straight without a side-mounted rotor to maintain alignment.

Its counter-rotating coaxial main rotors and pusher propellers also give the Defiant a 100-knot speed increase, 50% more performance in high-hot hover operations, and extend its combat radius to 60%.