Top 10 Most Feared Helicopters On The Battlefield 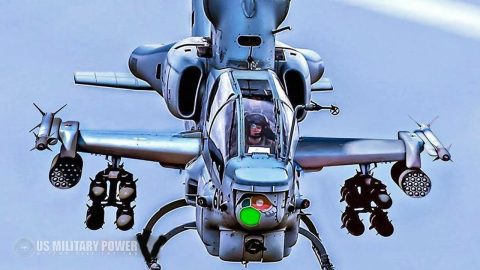 Built during the 90s, the Viper serves as the primary attack helicopter of the US Marine Corps. The Viper also has a 20mm M197 Gatling gun and can operate at night using its advanced electronic warfare self-protection suite for defense.

The Havoc is designed for anti-tank missions and its stubby wings can be configured to fit a variety of air-to-ground and air-to-air missiles. A chin-mounted 30mm Shipunov 2A42 autocannon also provides the Havoc with more firepower.

It first entered service in 2003 after getting co-developed by France and Germany. 70mm hydro rockets, stinger missiles, and a 30mm GIAT 30 are its main bread and butter.

China’s (W)Z-10 is a medium attack helicopter operated by the People’s Liberation Army Ground Force. Its primary mission is anti-tank warfare but it could also be used for air-to-air combat.

One of its advantages is its capability to carry fuel tanks to further increase its operational range. Somalia, Angola, and Kosovo have all gotten positive results when using the Mangusta.

Its potent weapons platform boasts 90mm guided rockets and air-to-air missiles. In close combat engagements, it makes use of its 20mm F2 naval defense weapon to shred its target.

This massive helicopter can transport 8 troops at 205 mph. The Hind has been in operation since 1972 and has been used by 48 other nations.

America operated the Kiowa for more than 50 years. The OH-58 houses a thermal imaging system that helps it operate seamlessly at night as an observation and reconnaissance aircraft.

The Apache is the most advanced helicopter in the US Army. Delivered in 1997, this flying tank has seen its fair share of combat operations in Iraq, Afghanistan, Lebanon, and Panama.