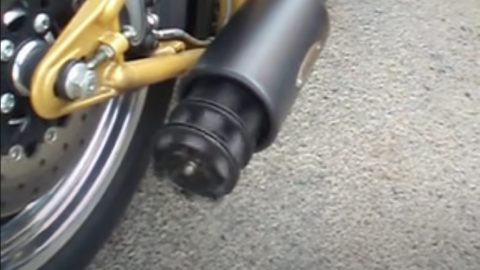 It looks like a solution to the rising gas prices has already been discovered. Instead of fuel, shoot out machine gun ammo instead to propel your bikes! Maybe then people could actually save themselves from the price hikes.

In all seriousness, this modded exhaust looks pretty cool. As usual, a custom exhaust like that will cost you a lot. These exhaust mods usually go from the $800 to $1000 range – depending on quality. Though it looks cool on video, the negative $900 on your bank account does not.

These exhausts were popular back then. Anyone who saw this video wanted one the second they saw it rolling. Judging from the comments, the urge to get one is still there. Check out this blast from the past below.