The Anti-Ship Missile that keeps the Russian Fleet Away 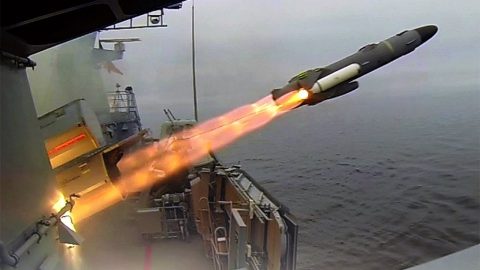 Though the Cold War mainly involved America and the Soviet Union, another country also wanted to establish itself by keeping the Soviets away.

The Swedish Navy developed the anti-ship missile for the Halland-class destroyers in the 1960s. When the missile entered service, it became the West’s first operational ship-based anti-ship missile.

Unfortunately, the Rb 08 possessed inferior range and speed compared to the Soviet-designed P-15 Termit. Its shortcomings led to a better anti-ship missile that would soon be called the RBS 15.

The RBS 15 was based on the RB 04 missile. Its rear was fitted with new wings and a turbofan engine. The missile weighs 1800 lbs with boosters, carries 440 lbs of heavy explosives, and has an operational range of up to 44 mi.

Results from the tests blew the estimates out of the water. After two years of testing, the RBS 15 became operational with the Swedish Navy in 1985.

Aiming For The Future

The Mk IV version of the RBS 15 now has a range of 170 mi and is compatible with warships, trucks, and aircraft.