The Most Successful Machine Gun in the World? 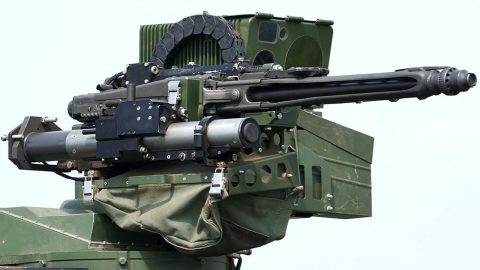 MG 34s in WWI were great weapons but were sensitive to humidity, dirt, and mud. Those factors, combined with its complex and expensive manufacturing process, led to the introduction of Großfuß AG’s MG 42.

The MG 42 employed a recoil-operated roller locking mechanism and a recoil booster at the muzzle to improve reliability and rate of fire. Additionally, the manufacturing process used fewer strategic resources, was cheaper, and required half the man-hours to complete.

It quickly became the talk of the town when it was first seen in 1942. Its performance on the battlefield earned it the nickname “Hitler’s Buzzsaw.”

During the Cold War, it was further modified but retained most of its core design. Finally, in 1968, a version called the MG 3 featured better advancements. It had an improved ammunition feeding mechanism with a belt retaining pawl, an anti-aircraft sight, and a new ammunition box to improve its performance.