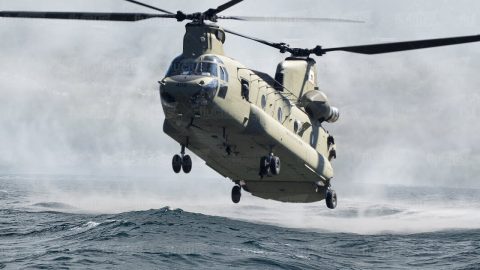 Chinooks have been in service for 60 years. This tandem-rotor helicopter entered service in 1962 and has stood the test of time.

Perhaps one of the most famous “maneuvers” a Chinook can do is a pinnacle landing. This requires the helicopter’s rear to be lowered on steep terrain while the front is in the air. A dangerous landing like this is only done when a traditional landing is impossible.

Chinook pilots can also use another equally impressive technique called “Helocasting.” In helocasting, a helicopter is expected to fly just above the water’s surface while retaining a speed of 10 knots or less. While doing so, the aircraft can “stay still,” allowing the special forces to exit and enter the water.

Their main goal is to get the troops to a maritime insertion point and deploy them without getting detected.