The Only Two Submarines to Sink Enemy Ships Since WW2 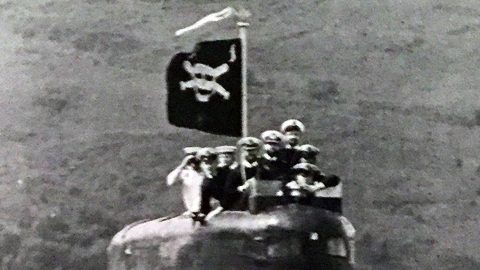 The first two world wars instilled the importance of submarines in naval battles. Germany’s U-boats were famous for their capability to sink enemy ships, claiming to shoot down around 3,000 Allied ships in WWII.

However, it was an entirely different story for the submarines after the war. Only two submarines have sunk enemy ships since WWII.

PNS Hangor was one of the only two of those ships. In late 1971, Hangor was used in the Indo-Pak War where it saw two frigates approaching her. Hangor fired on the first frigate, INS Kirpan, and missed. The second frigate wasn’t so lucky. Hangor fired again, this time hitting INS Khurki, sinking the frigate in minutes and claiming 194 lives.

HMS Conqueror is the last sub to sink an enemy vessel. It was a 285ft long nuclear-powered submarine that patrolled the Falkland Islands when Argentina invaded it in 1982. A WWII-era cruiser, ARA General Belgrano, was spotted by the Conqueror. After receiving permission to fire, they let go of three Mk. 8 torpedoes, resulting in two hits and a confirmed kill.