The Plane You’ll See Flying Before The Apocalypse 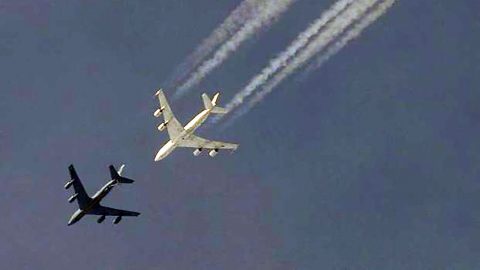 Protecting America’s leaders has never been this complicated. The introduction of weapons of mass destruction – far lethal than ever imagined, has prompted the US to take several measures to protect its VIPs in case of a nuclear outbreak.

PACCS was America’s first solution to a nuclear attack. The network of communication sites were designed to retain complete control over the country’s nuclear weapons before, during, and after a nuclear strike.

The Nightwatch is a heavily modified Boeing 747-200B. This $200 million plane can house up to 112 people and stay in the air for days if constantly refueled. Furthermore, the E-4 is protected against the effects of electromagnetic pulse and has an electrical system designed to support the most advanced electronics and communications equipment available to the US.

America’s newest Doomsday plane started its development in 2021 and is expected to replace the E-4. The new aircraft is expected to cost around $203 million in research, development, testing, and evaluation. However, its budget could very well balloon to anywhere between $600 and $850 million in the coming years.