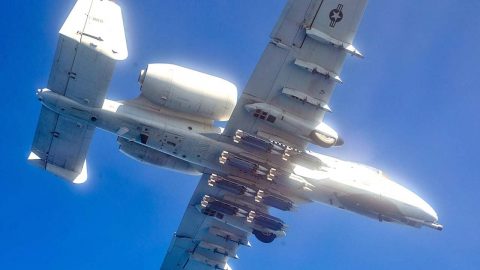 The A-10 Thunderbolt II has been in service for decades. Though it has received many updates throughout the years, it wasn’t until last year that the Warthog finally had a much-needed upgrade on its limited bomb capacity.

An image released in early 2022 shows the A-10 loaded with four GBU-39 Small Diameter Bombs. The upgrade was announced in 2019 as one of several enhancements the Warthog would receive during its service life.

The bomb features a blast fragmentation warhead for stationary targets and deployable wings for extended standoff range. When released, the GBU-39’s wings allow it to glide for several miles before engaging targets up to 50 miles away.

The Air Force’s continuous upgrades to the A-10 Thunderbolt II aim to extend its service life to the 2030s.