This Soviet Bomber Terrified The CIA- But There Was 1 Problem 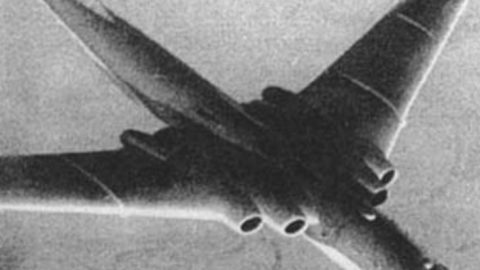 Following the end of WWII, the United States and the Soviet Union became entrenched in a new battle of technological advances. The threat of nuclear war was present and each side pushing ahead with who wields the bigger stick. The Soviet Union raised the bar with the introduction of the Myasishchev M-4, but it wasn’t all that it seemed.

Introduced in 1954, the Myasishchev M-4 Molot was designed as the Soviet Union’s first long-range strategic bomber. It was able to reach a maximum speed of 588 mph and carrying a bomb payload of nearly 10 tons. Shortly after its debut, the Soviet Union realized that this bomber lacked the range to successfully launch a bombing strike on the United States.

The Soviet Union realized that the M-4 was a toothless tiger, but that found another purpose for it. Images of the M-4 along with fake displays were leaked to the CIA. The Americans believed that the Soviets would build up to 800 M-4s, which scared them into believing that there was a “bomber gap.”

The M-4 never truly saw use as a bomber and was later converted for use as a radar search aircraft, cargo transport as well as aerial refueling. In the end, it appears that the M-4 did more to stimulate growth in American bombers than it did for the Soviets.