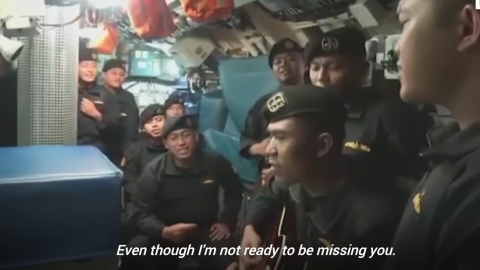 Just before leaving for duty, these Indonesian sailors sang a pop song titled “Sampai Jumpa” or translates as “Till We Meet Again” and it’s been making rounds on the internet because mere weeks after this happy moment, their vessel sank into the Pacific Ocean seabed. Ever since it disappeared during training exercises, it had led into a frantic international search.

Indonesian military officials then announced four days after their disappearance that the KRI Nanggala 402 split into three pieces off the coast of Bali, thereby killing 53 of the crew members. The cause is still uncertain but according to the authorities, the submarine may have experienced a blackout.