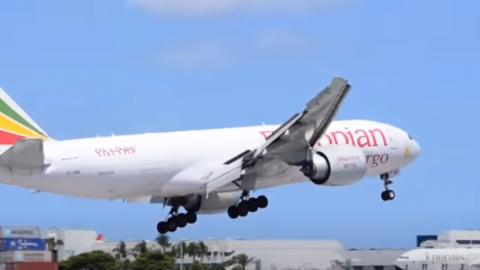 That’s Quite A Scare

Ethiopian Cargo B777 from Santiago, Chile arriving into Miami International Airport experienced a hard landing. We had a mini heart attack for a minute there because it’s seriously scary, good thing the pilot eventually had it all under control and still managed to land the airplane safely. And just in case you’re wondering, no there wasn’t much wind at the time.