Tiny Bird Takes Down The Most Expensive Fighter Jet 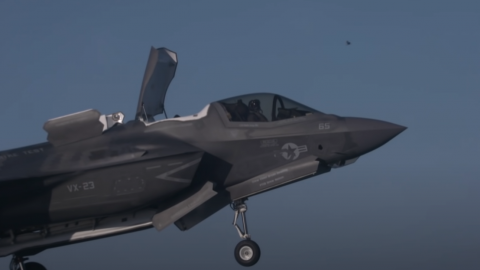 Sometimes, it doesn’t take much to damage an aircraft’s engine. Anything from a bird in flight to a pebble on the runway can cause FOD to the engine. In most cases, the plane can still somewhat function, but it would need lengthy maintenance afterward.

Such is the case for this F-35B hovering on top of the HMS Queen Elizabeth. A little bird came far too close for comfort and got ingested right into the intake fan. By that point, the aircraft had been compromised.

To check the engine, someone had to crawl inside the intake and clear the engine’s front end. Luckily, the intake fan showed no signs of damage – but nobody’s taking any chances with a fighter this costly.

The presence of birds can’t be avoided – especially by a ship in the middle of the ocean. Nevertheless, it’s best not to feed the little buggers!