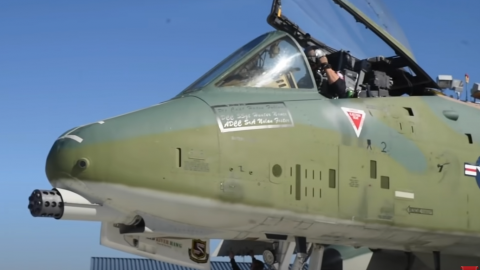 Footage has surfaced of the long awaited new “super” A-10 Warthog. The aircraft has been a fighting force for the US for many years, despite an attempt to retire the plane about 6 years ago. However, the USAF has decided to pursue upgrading and making the workhorse, faster, stronger, and more powerful.

Some of the upgrades are said to be helmet mounted controls, new weapons, cockpit upgrades, and more.

The A-10 has been proven on battlefields for decades now, and one of the main reasons is its effective role as close air support. The 30mm canon in which the plane was designed around, remains to be one of its most effective weapons, alongside the aircraft’s rigidity.