US Air Force Crazy Project That Could Have Embarrassed SpaceX 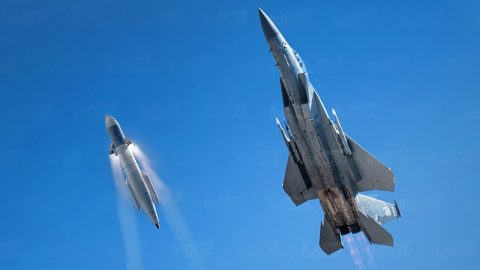 So Close, Yet So Far

In 2011, both NASA and DARPA collaborated on a program that aimed to launch a 100lb satellite via jet into low Earth orbit. Typically, these smaller satellites – or “piggyback payloads” – were launched along with the launches of much larger spacecraft headed for the geostationary orbit.

The ALASA or Airborne Launch Assist Space Access program wanted to fix this issue with an aircraft that had the following capabilities:

On paper, the plan was simple. Use an F-15E fighter to carry the ALASA rocket up to 39,000ft, then release it as it carries itself into orbit.

However, DARPA soon found out that the rocket’s monopropellant was highly unstable. After two ground tests ended in an explosion in 2015, DARPA ultimately terminated the program.