US Giant Futuristic Ships Patrolling the Sea at High Speed 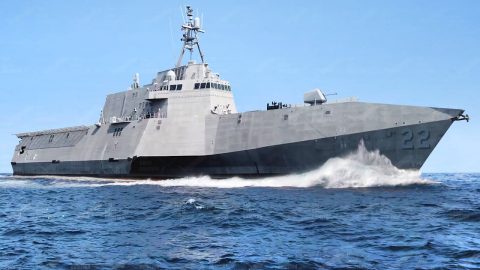 In the 1990s, the US Navy planned to create what is now known today as Littoral Combat Ships. The ships were relatively small and were envisioned to be agile, stealthy, and capable of disposing of threats near the shore.

It was also planned to be easily reconfigurable to fit different roles such as anti-sub warfare, anti-surface, surveillance, logistics, mine countermeasures, and many more.

The first LCS, USS Freedom, was commissioned in 2008 with a steel monohull design that could reach 46 mph. The USS Independence entered service years later, now with a trimaran hull that exhibits a low hydrodynamic drag, allowing it to reach 51 mph.

However, the absence of its mission modules and outdated technologies led to the cancellation of earlier littoral ships. Freedom and Independence were decommissioned last year, with nine more scheduled to be taken out in 2023.