US Special Force Invasion in Middle of a City 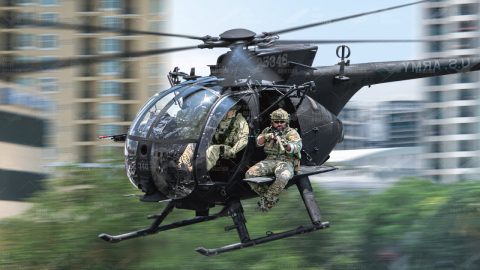 The footage features the SOF in a simulated maritime mission. Special Operations Forces are often the first choice when seeking direct action against valued targets.

During the simulation, the troops used a couple of AH-1 Little Birds to land on top of a building. Meanwhile, a separate team used a high-speed inflatable boat to provide support for the airborne troops. The team did so by providing suppressing fire using the machine gun at the front of the boat.

Later on, larger assault boats would also make an appearance, carrying more troops onto the combat zone. In addition, an MH-60 Blackhawk was used to infiltrate a large yacht using the Fast Rope Infiltration and Exfiltration System.

Demonstrations like these bring thousands of attendees together from over 100 countries to collaborate on new initiatives and capabilities to help the SOF in the future.