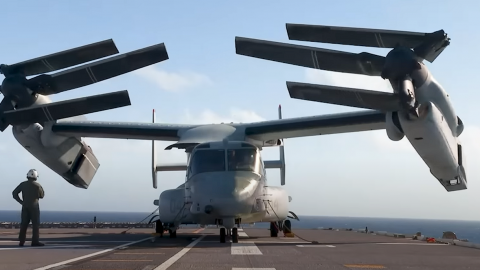 Since the Osprey’s introduction to service 14 years ago, the US has extensively used the V-22 in many of its missions. The Osprey’s success in providing support in the middle of land and maritime combat has captured the Pentagon’s attention. They were so impressed that they’re now planning to make constant upgrades to the tilt-rotor aircraft until the 2050s.

Bell, its parent company, has started rolling out improvements on the aircraft’s nacelle, making it cheaper to operate. Bell explicitly targeted the nacelles since 60% of repairs done on the Osprey come from its nacelles.

Nevertheless, Bell has outlined a new aircraft capable of jet-like cruise speeds, low hover downwash, and multi-role capabilities. Only time will tell if Bell’s 400-knot VTOL aircraft will be practical or even be fit to be used by the US military.