How Ukraine TRICKED Russia Into a Stunning Defeat 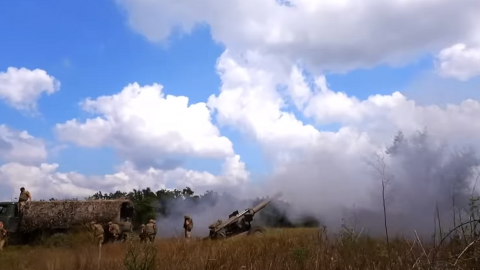 Ukraine planned to destroy the bridges over the Dnipro river. Doing so would result in the entrapment of 20,000 Russian soldiers on the west bank. After Ukraine received American HIMARS systems, they knew it was time to act.

HIMARS were also used to eradicate the pontoon bridges the Russians built to cross rivers. Furthermore, the artillery systems were utilized in targetting ammo depots and frontline positions.

Because of the immense pressure from Ukraine’s artilleries, Russia had to reinforce the region, which weakened its defenses in Kharkiv. With the region left with conscripts, Ukraine quickly regained control of almost half of the Kharkiv region.

Ukraine started with Balakiya, then Volokhiv Yar, Shevchenkove, and finally, Kupyansk. The sheer number of Ukrainian forces overwhelmed the settlements, making them relatively easier to recapture.