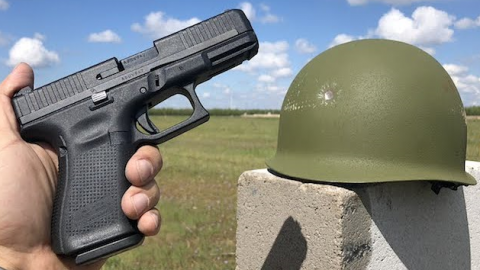 The M1 helmet, as seen and tested on this video, was used by the US Military from World War II until it was replaced by the PASGT helmet in 1985. Even so, the M1 helmet has achieved legendary status and its design became an inspiration for other militaries across the globe. More than 22 million of these were made through September 1945 and more were manufactured during the Korean War. Further improvements were made but it was phased out by the 1980s. Its distinctive shape became the NATO standard.

Thousands of soldiers were saved from death or serious injuries by wearing the M1 helmet.