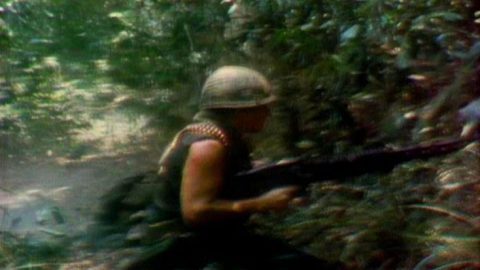 The Vietnam War was a controversial conflict that still brings out many feelings on both sides of the spectrum. Troops on the ground had to suffer from the intense heat of the jungle, booby traps and never knowing when the next sneak attack would strike.

The Vietnam War was considered the first television war because the media captured so much of it. Unlike other wars which showed mostly heavily edited victories and positive newsreels, the Vietnam War often showed the brutality of the combat. The developments in portable cameras, as well as recording equipment, meant that footage could be transmitted lived or without censorship of the United States Government.

Media crews typically operated out of Saigon to cover the Vietnam War, but every so often they would travel with military united to the frontlines. It is estimated that over 60 journalists died reporting combat between the Americans and Viet Kong forces.

It has often been debated that the uncensored coverage of the Vietnam War resulted in the low morale of the troops and lack of support from the American public. War isn’t pretty and the journalists were merely doing their job and this footage shows the true dangers they faced every day on the frontlines.