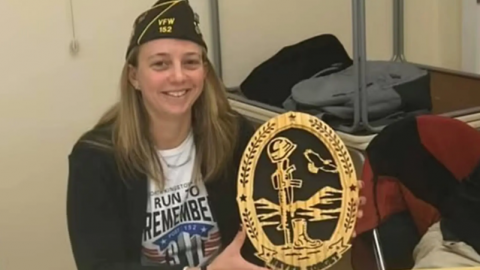 Sarah Cavanaugh is a self-proclaimed combat veteran with a rank of Corporal in the Marines.

Over the years, Cavanaugh was invited to numerous military events to hand out awards and act as the master of ceremonies. Nobody could blame the organizers either, as she claimed she was awarded the Purple Heart and the Bronze Star with a “V” for valor.

However, the Marines exposed this “war hero”, stating that she had never served in any branch of the military, let alone earned those medals.

On top of this, she also lied about having lung cancer which she said happened after breathing in metallic particles from an IED blast.

Recently, Cavanaugh has admitted to falsifying documents that led to her claiming more than $250,000 from benefits and charity. She is expected to serve a minimum of two years plus paying the restitution she owed to her victims.