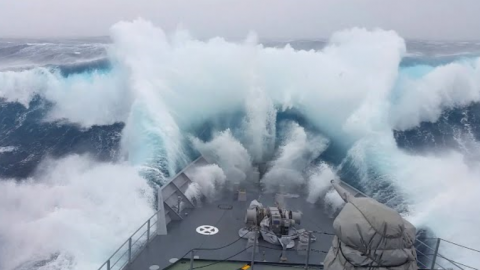 Terrifying – Not For The Faint of Heart

The Royal New Zealand Navy’s HMNZS Otago was on a patrol mission near Antarctica when they encountered a storm. The ship was hit by a monster wave over 20 meters tall. With the violent waves, this video is equal parts terrifying and fascinating. But it’s also a bit nauseating, to be honest. How the cameraman managed to film this with steady hands is beyond us. We probably cannot think straight if we were onboard.

The HMNZS Otago often monitors the region and it also performs other duties such as fisheries protection, border patrol, and search & rescue.