Why US is Testing This Mysterious Super Advanced Hypersonic Drone Aircraft 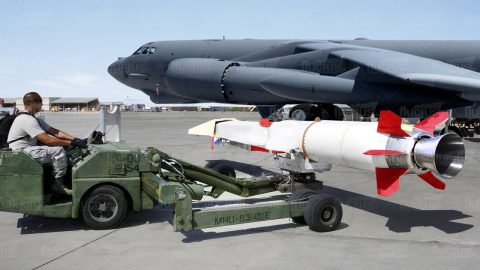 An unmanned scramjet aircraft by Boeing is still undergoing tests in hopes of paving the way for future hypersonic technology to be used in combat.

The Boeing X-51 Waverider is 25ft long and weighs 4,000lbs. This particular plane cannot take off on its own and is instead launched from an airborne B-52’s wing.

It also has virtually non-existent wings, owing its directional controls to the series of fins located at the rear. This configuration helps the Waverider reduce drag and reach hypersonic speeds.

At around the 3:55 mark, a Waverider is launched from a Stratofortress during its second test flight on June 13, 2011. The X-51 achieved Mach 5 speeds but failed to reach its full power during the test.

The program was completed after its fourth test flight in 2013, where it accelerated to Mach 5.1 and flew for over six minutes. Regardless, the X-51’s status is still under “Flight Testing” as experts scramble to review the promising data the tests have shown.