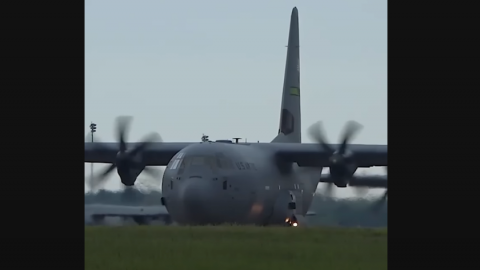 Naming it “Ghostrider” is a bold move

Lockheed’s AC-130J Ghostrider might just be the world’s most heavily armed aircraft. One of the aircraft’s best features is its ability to carry a wide array of ground-attack weapons integrated with sophisticated sensors, navigation, and fire control systems.

For armament, the AC-130J is fitted with a 30 mm GAU-23 cannon and a massive 105 mm Howitzer. Additionally, its Precision Strike Package also comes equipped with Standoff Precision-Guided Munitions such as the GBU-39, Hellfire, and Griffin missiles.

Because of these, the Ghostrider’s primary missions are close air support, air interdiction, and armed reconnaissance.