WWII: The Mysterious Men Who Tricked the Germans With Inflatable Armies 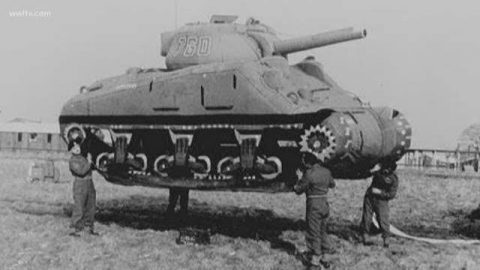 It’s Not Stupid If It Works

The famous Ghost Army’s contribution to the war is sometimes forgotten by many. These men had one of the weirdest and most unique missions you can have while at war.

Comprised of a thousand men, the Ghost Army made around 400 fake inflatable tanks, trucks, and planes. This was an order from US officials to try and dupe Germany before the invasion of Normandy.

To sell the idea, they had to carry out more than 20 “missions” which aimed to signify realistic troop movements. The army also used sonic deception by recording vehicle movements and playing them back as the inflatables moved. At the same time, radio communication was doctored so Germans could easily decipher and believe it.

Hopefully, veteran Anderson Wilson gets the recognition he deserves. After sharing his story, it’s only a matter of time before he gets his own Congressional Gold Medal.