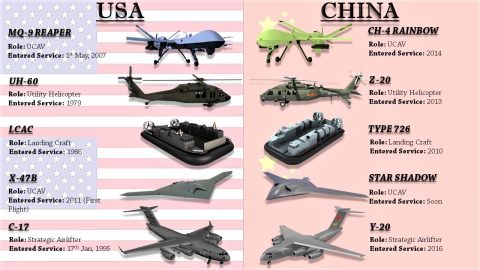 As China’s military continues to grow, so does their need for better and more weapon systems. For this list, we are looking at weapons that are way too similar to American designs.

One example is the Dongfeng EQ2050 manufactured by the Dongfeng Motor Group, which they reportedly sell for $93,000 per unit. It was deployed in the Gulf War. It looks so much like the American Humvee, which isn’t surprising given that civilian Humvees were bought and taken to China.

Other weapons that China copied from USA include an aircraft, rifles, and an unmanned combat aerial vehicle to name a few.