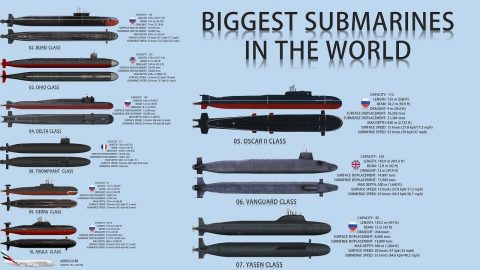 When people hear the word submarine, most of them would think of only one purpose – military power. However, submarines have plenty of other uses and purposes. They can perform search-and-rescue missions and explorations, and they are also used in marine science and even tourism.

For this list, we’re going to look at the ten biggest submarines in the world. We’re including not just their size but also their weapon systems and other features.

Can you guess which one landed on the top spot? Hint: It’s from Russia. And interestingly, it was reported last year that Russian engineers were working on something even bigger than it. Hmmm.