17 F-22s Were Just Damaged By Hurricane Michael – Now What? 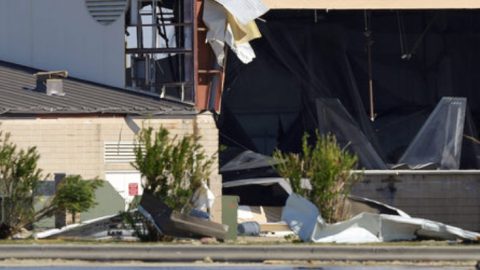 It is plain to see that Tyndall Air Force Base has seen better days. A few weeks ago the USAF facility was ravaged by Hurricane Michael and it will be a while before normal operations resume. Although no lives were lost in the storm, some 17 F-22 Raptors were damaged and everyone is wondering what next?

Each Lockheed Martin F-22 Raptor sports a staggering price tag of $125 million, so you can imagine why some people are upset by their recent destruction. These damaged fighters represent nearly 10% of the F-22 fleet in the United States.

All over the country, there have been many questions asked by the public. Why were these F-22 not evacuated when F-35s were? Can they be repaired and if so who will be fronting the bill?

The situation has generated enough discussion that the Vice President made an appearance at the Tyndall Air Force Base to discuss a solution. Some 900 personnel have returned to the base to resume life as best they can, but officials are determined to return the base and their fighters to operational status.

The Air Force is determined to see the damaged F-22s fly again and return life on Tyndall Air Force Base to normal. The Vice President addressed the situation in this video.