1st Ever POV of Fighter Pilot Ejection During Combat 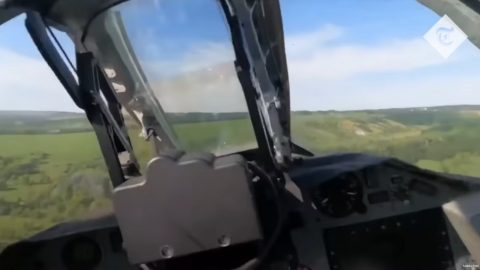 Head-cam footage of a Russian pilot has been circulating around social media these past few hours. The video captures the moment the pilot ejects from his Su-25SM fighter jet seconds before it crashes.

The pilot was flying at a low altitude over Ukraine when a Ukrainian surface-to-air missile successfully scored a hit. He then made the decision to eject quickly, deploying his parachute right after. A few seconds later, we see the eventual crash of the Russian fighter jet as it is engulfed in flames.

According to other reports, the incident occurred in the summer but was only released by Russia this Monday. Regardless, many people consider this the first-ever ejection recorded by a pilot with an action camera.