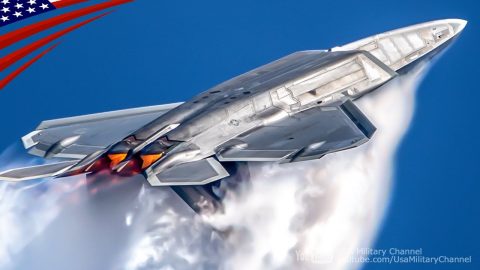 A Rocket In Disguise

USAF’s F-22 Raptor Demonstration Team shows off the aircraft’s maneuverability during this airshow.

Raptors have been considered “super maneuverable” ever since it entered service. The aircraft has 2-D thrust vectoring nozzles that help with its roll and pitch.

It also has two rudders and stabilizers, making the plane’s control surface bigger, and resulting in sharper responses during flight. Their rudders not only control the aircraft but also act as air brakes to slow it down.

Last but not least, the aircraft is fitted with a very powerful engine. The two Pratt & Whitney F119 engines allow it to achieve supercruise, meaning it can reach supersonic speeds without using its afterburners.

With that said, we shouldn’t expect anything less from America’s fifth-generation air superiority fighter.