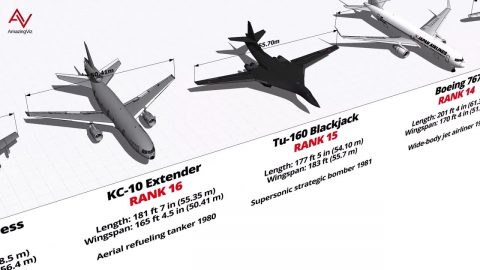 The Bigger The Better

Is the Hindenberg even considered an aircraft? If so, then it is the biggest aircraft that ever existed, measuring 803 ft in length and 135 ft in diameter. It burnt down in 1937 due to a spark that ignited the leaking hydrogen of the airship.

The Antonov An-225 is the closest aircraft that could rival the Hindenburg in size. Its length is 275 ft and it had a 290 ft wingspan. Last February, the only An-225 in existence was destroyed by Russia during the bombing of Antonov Airport in Hostomel, Ukraine. A second An-225 is planned to be built in honor of the fallen pilots of the Ukrainian Air Force.

A flying boat in the 1940s is the third largest plane in the world. The Spruce Goose was so massive it wasn’t even completed in time to be used in WWII. It now sits at Evergreen Aviation & Space Museum for display.