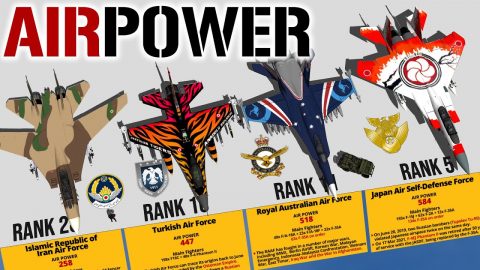 Nobody is surprised that the US Air Force is the biggest out of all the countries. However, this doesn’t take the fleets of the US Navy and Marine Corps into account, just the USAF alone. Who knows where those two rank in this list?

It’s scary to think that these 30 countries can probably achieve air superiority over any of the other 100 countries not included in the list. Most of these countries probably only have these air forces for defense, though…. right?