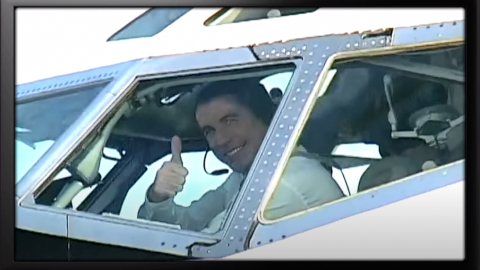 Travolta was flying his Gulfstream N728T in 1992 at 12,000 ft. Suddenly, the aircraft lost power due to an electrical failure. Even though he wanted to do an emergency landing, he had no way to communicate with ATC.

In addition to no power, his plane didn’t have a backup radio either. Travolta was flying without communication and lights in heavy clouds.

It wasn’t long before a plane took off to look for the actor. However, this proved to be dangerous because both planes had no communication with each other while traveling toward each other’s path.

Both aircraft were flying at around 400mph when they crossed paths. Luckily, the two planes were two miles off each other when they passed.

After regaining his senses, Travolta found Washington International Airport’s runway. There, he managed to land safely and so did the other pilot.