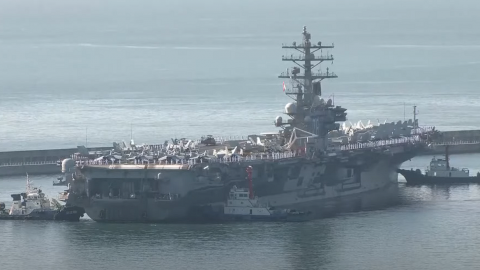 USS Ronald Reagan, a nuclear-powered aircraft carrier, arrived in South Korea this Friday to join other military vessels in a show of force to North Korea. The carrier’s visit marks the first time the ship visited the country in four years.

It brought along its carrier strike group and was docked in the southern port of Busan. According to officials, the visit intended to strengthen ties with South Korea and boost interoperability between the two countries.

This decision was partially due to North Korea ramping up its number of missile tests this year. In addition, some are also speculating that the country is aiming to resume its nuclear test programs it stopped in 2017. With those in mind, it’s no surprise that South Korea and the US have been trying to improve interoperability through joint drills.