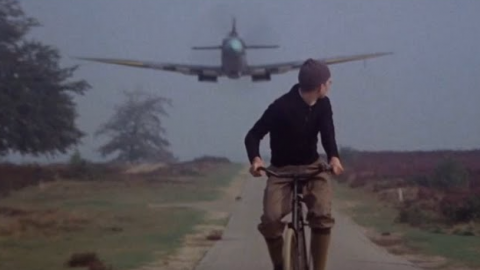 A Bridge Too Far is a 1977 war film based on a book of the same name by author Cornelius Ryan. Although it received a rather tepid critical response, it bagged several awards and was known for being historically accurate. However, most viewers found it way too long at 176 minutes and too repetitive.

It had quite a production. Hon. Patrick Lindsay lent a Spitfire Mk. IX, MH434 and the aircraft was flown by aerobatics pilot Neil Williams. The movie performed pretty well in Europe but in North America, it was a box office disappointment. All things considered, it’s a real gem as far as war films go.