Antonov AN-225 Large RC Plane Takes To The Skies 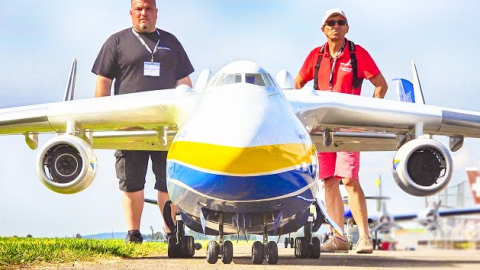 The workmanship is pretty awesome and it may be an expensive hobby but it’s clearly worth the time, money, and effort it took to build this thing.

And as for the Antonov An-225 Mriya, it’s a strategic airlift cargo aircraft used in the Soviet Union during the ’80s and is the heaviest aircraft ever built.