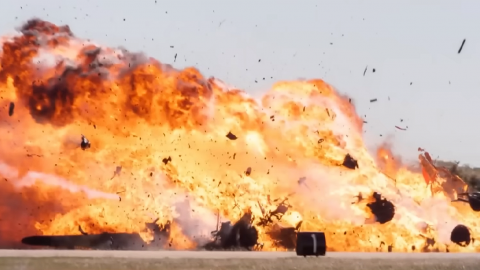 Two WWII-era airplanes collided at a Dallas air show this Saturday. The incident happened when an unsuspecting P-63 crashed into a B-17 around 1:30 PM local time.

Onlookers were left stunned as they waited for emergency crews to arrive 10 miles from the city’s downtown area. Footage after the crash showed a crumpled wreckage located inside the airport’s perimeter. Organizers were quick to cancel the remaining leg of the show and kept all aircraft grounded right after.

NTSB board member Michael Graham confirmed that both planes did not have flight data recorders on board, leaving investigators to seek photos and videos recorded by the public.

Thankfully, no other civilian casualties were observed during the incident.