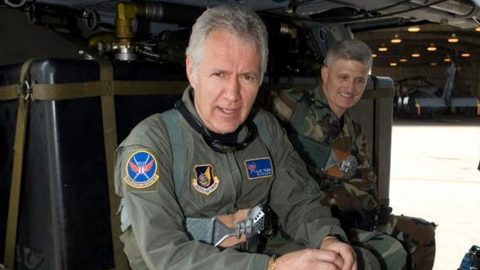 George Alexander Trebek, the beloved host of the game show Jeopardy!, just publically announced he has been diagnosed with stage 4 pancreatic cancer. It is the last stage of the disease which spreads to other organs and cannot be removed.

Trebek is hopeful however saying, “Now normally, the prognosis for this is not very encouraging, but I’m going to fight this, and I’m going to keep working,” in a video in which he told the world about his health.

The USO family sends our best wishes to longtime supporter Alex Trebek as he fights his battle with cancer. The @Jeopardy host has traveled on USO tours over the years, and we appreciate his ongoing commitment as a Force Behind the Forces. #BeTheForce pic.twitter.com/ZHzVcbqqYh

Alex Trebek’s philanthropy spans across countless institutions, one of which is the United Service Organizations. He and his entire crew started visiting military bases around the world in 1995 and have continued to entertain (as well as look for future contestants) our troops since then.

The USO was first established during World War II in 1941, with a mission that reads:

“The USO strengthens America’s military service members by keeping them connected to family, home and country, throughout their service to the nation.”

Providing a “home away from home” for our active duty servicemembers, countless celebrities, personalities, and performers take time out of their schedules each year to do something for out troops. Mr. Trebek is one of them.

The USO YouTube channel has a video with Alex explaining what the organization does. It’s quite well put and he does a wonderful job summarizing the importance of the charity. You can see it below.