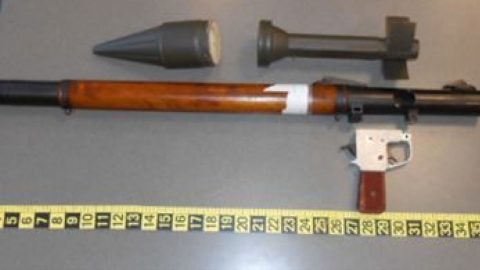 On March 4th, 2019, a man that is so far only described as “Flordia Man,” was flying home from Lehigh Valley International Airport in Pennsylvania and casually checked in his luggage and went on to his gate. His luggage did spark somewhat of an unusual debacle moment later.

There are some things, I absolutely need in my carry on luggage. This is not one of them. What knucklehead tries to sneak an antique grenade launcher on a plane? TSA found this inside a man's bag at Pennsylvania's Lehigh Valley Airport. I'm guessing, he might miss his flight. pic.twitter.com/unSWyI6Hcm

Setting off all sorts of alarms, TSA promptly opened up his bag to reveal a partially disassembled RPG (rocket-propelled grenade). The Florida Man tracked down by authorities by his respective gate, was immediately detained and put in isolation for questioning. He then told police he, “didn’t think it was going to be a problem.”

In the end, the RPG wasn’t entirely real. Although the actual apparatus was authentic, the grenade was a replica. It did look real, however, which is why authorities were immediately called.

Although not explicitly stated on the TSA website under the “firearms” tab, RPGs, whether loaded or not, should probably stay home or be shipped as the TSA spokeswoman said.