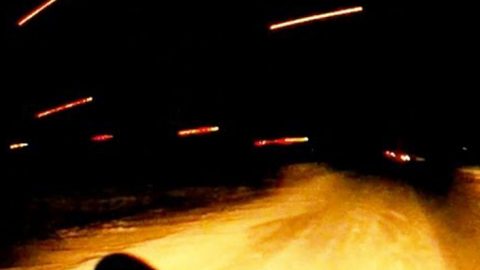 Military convoys have one of the most import roles around, but at the same time is among the most dangerous. Convoys essentially paint a bullseye on themselves as they move troops and supplies to new locations. The war zones of Afghanistan are no exception to the rule when a convoy found themselves locked in a nighttime firefight.

Convoys can suffer anything from sneak attacks, sniper fire, roadside bombs, group protests and even problematic weather. Dangers are ever present in occupied zones but the military has a job to be done and must endure the risks. Ground transportation remains the norm in Afghanistan but in some areas such as Kabul officials transported exclusively by aircraft even over distances of half a mile due to constant dangers.

“In addition to enemy attacks, improvised explosive device strikes, and complex ambushes, other hazards were also present. For example, as the weather changed from season to season, the terrain became restricted, which caused severe civilian congestion. In highly populated areas, this scenario had the potential to turn violent at a moment’s notice.”

This video shows a convoy attacked by terrorists using tracers made even more horrifying by the nighttime setting.