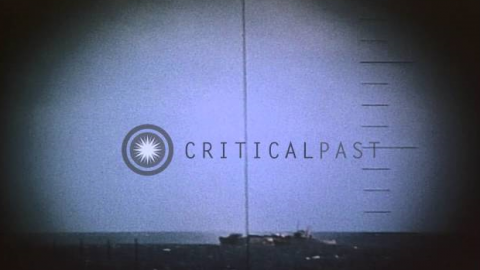 One of the most fascinating weapons from World War 2 had to have been the submarine. There were leaps in progress and technology and it was an important vehicle in naval warfare. Submarines played a major role in WW2 by sinking merchant vessels and warships which in turn paralyzed the enemy’s war effort. They proved to be efficient and valuable.

This clip shows a Japanese freighter which exploded after it was hit by torpedoes around Palau Island in the Pacific. The attack came from a U.S. Navy submarine. The remnants of the ship can be seen towards the end of the video.